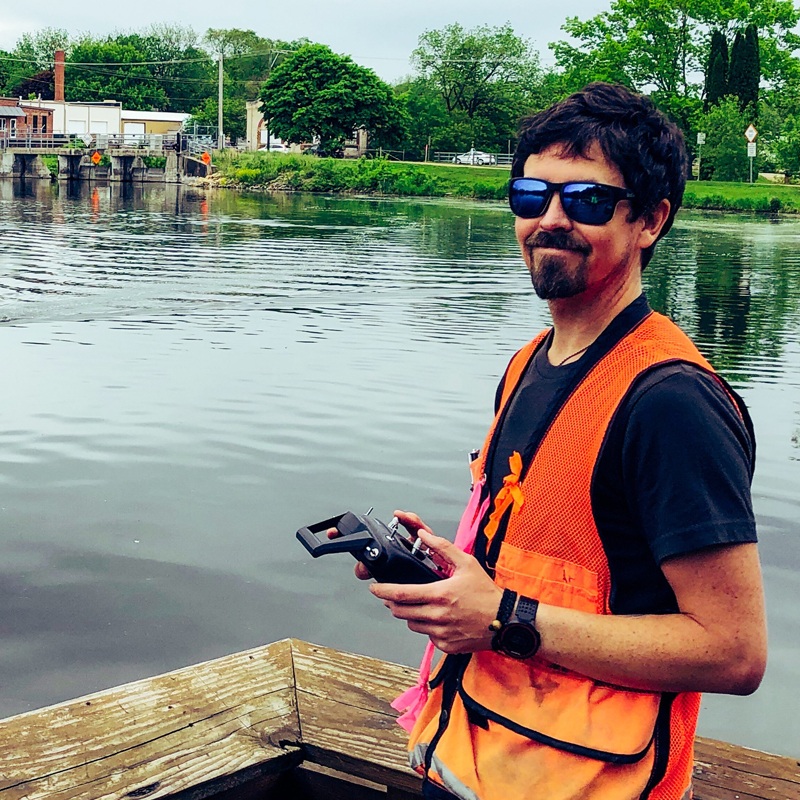 Charlie’s appreciation for water has taken him around the world as a Divemaster and helped focus his career as a CAD Technician for Inter-Fluve. With a degree in Mechanical Engineering, Charlie started out working with bridges as a structural draftsman, but quickly realized putting concrete into the natural environment was not what he wanted to do.

At Inter-Fluve – where he has been since spring of 2012 – Charlie threads together his passion for habitat conservation with engineering by using AutoCAD Civil 3D to develop design plans that are ultimately used in the construction process. Charlie likes “being a part of a collaborative team…people here take a great deal of pride in their work,” Charlie says. His favorite dive? “That’s a tough one…I love wreck diving…probably F69, a scuttled Frigate near Wellington, New Zealand.”

“I like being a part of a collaborative team…people here take a great deal of pride in their work.”