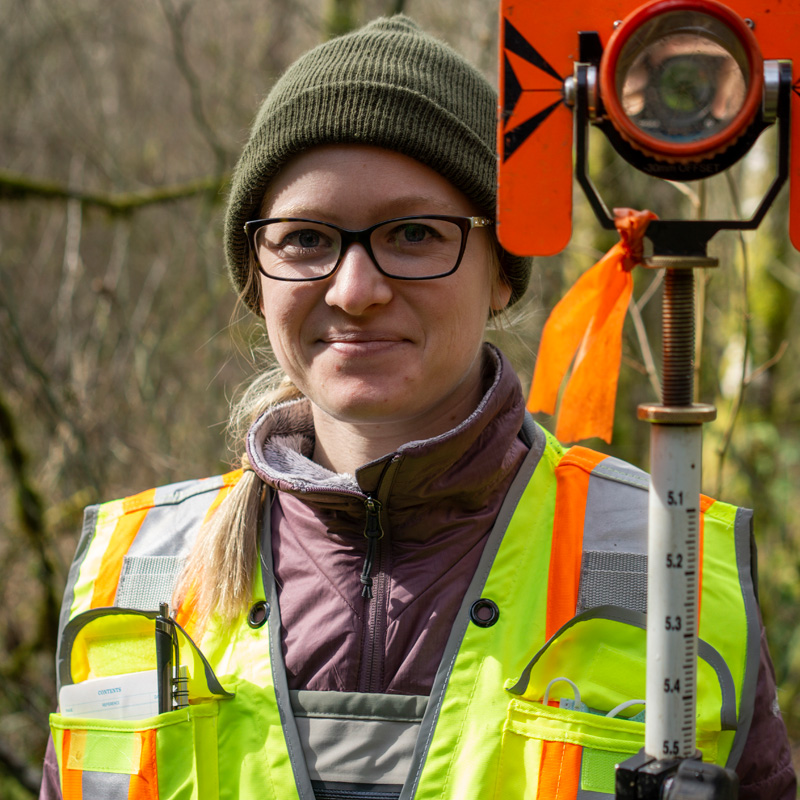 Cortney was born and raised in Boise, Idaho. Initially she was drawn to marine biology, but in 2011 began working with Idaho Power Company gillnetting and sampling landlocked White Sturgeon. Since then, sturgeon – specifically White, Atlantic, and Shortnose – became the focus of her work and studies. As a graduate student in Athens, Georgia, her thesis involved estimating abundance of adult endangered Atlantic Sturgeon using remote sensing techniques (side-scan sonar). Along the way, she was connected with Inter-Fluve’s Tim Brush, a fellow fish biologist, who has a long history of assisting with strategy to implement a new Santee Cooper Hydro Project license in South Carolina.

Cortney joined Inter-Fluve in 2021 and has since been working on a variety of projects around the country including GIS mapping for various bog restoration projects in Massachusetts; a project in Newfoundland that is designed to prevent future die-offs of Atlantic Salmon; and wetland delineations in Bellingham, Washington. Going forward, Cortney would like to develop a niche in monitoring and analysis of fish and wildlife populations. In her non-work life, Cortney is drawn to the outdoors, often hunting (deer, elk, ducks) and gathering (morel mushrooms are one of her favorites).