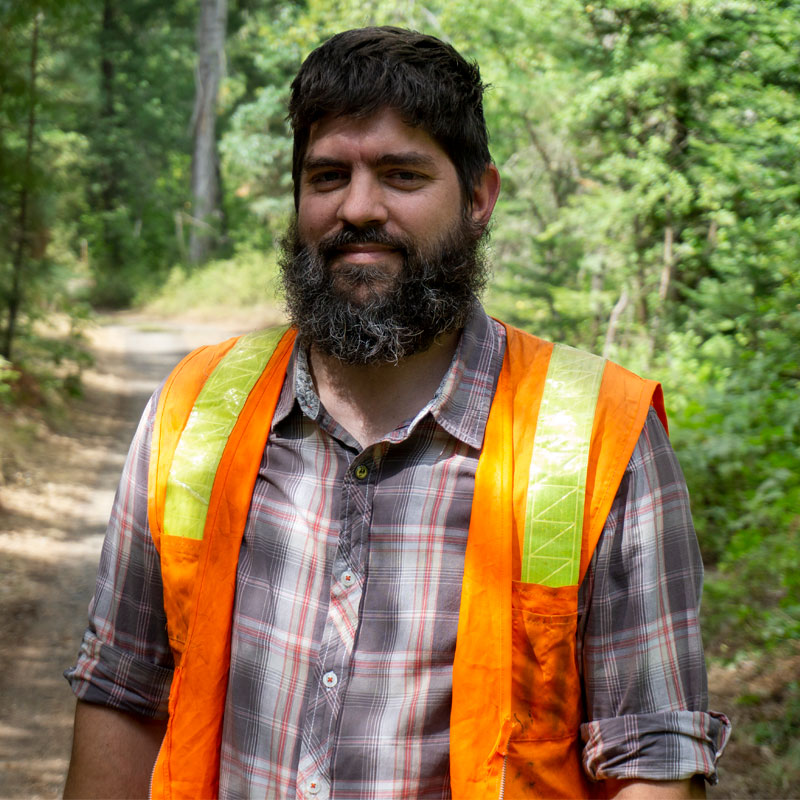 David’s interest in computer-aided design (CAD) began in a high school drafting class, but it wasn’t until years later that he transformed it into a profession. After a short stint as an aircraft mechanic, he returned to college to learn AutoCAD. His career took flight at the Hanford Nuclear Reservation, a massive cleanup site in eastern Washington where plutonium was enriched for the first atomic bomb as a part of the covert Manhattan Project. His work included using Microstation for designing a waste vitrification plant, and Civil 3D for waste site and pipeline remediation (“Basically, we dug up dirt; we moved dirty dirt to a new hole, and put clean dirt back into the same hole.”)

After 14 years of living in eastern Washington, David and his family (five kids and his wife) sought greener pastures. “I wanted my children to experience blackberries, poison oak…and rain,” David says with just a hint of a smile. Hired in early 2013, he’s worked primarily on the preliminary design of a meadow restoration, and surveying on the Lewis River. When not at work, his life is about family, reading, and playing outside “in that order,” David says. He’s also “interested in sustainable ag and food production.” His family has raised 3 cows and 30 chickens – food for the family and energy to keep David heading to CrossFit.